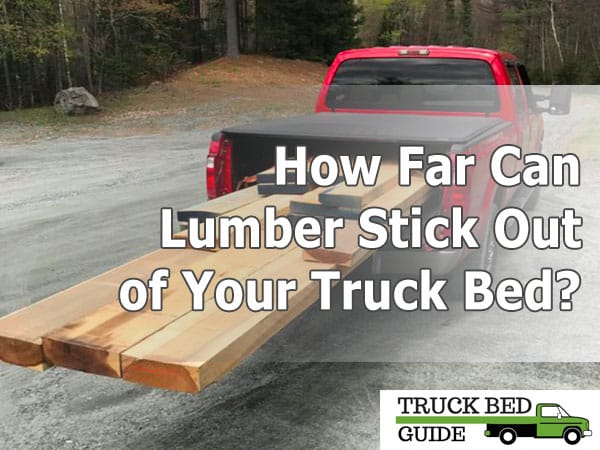 How Far Can Lumber Stick Out of Your Truck Bed? 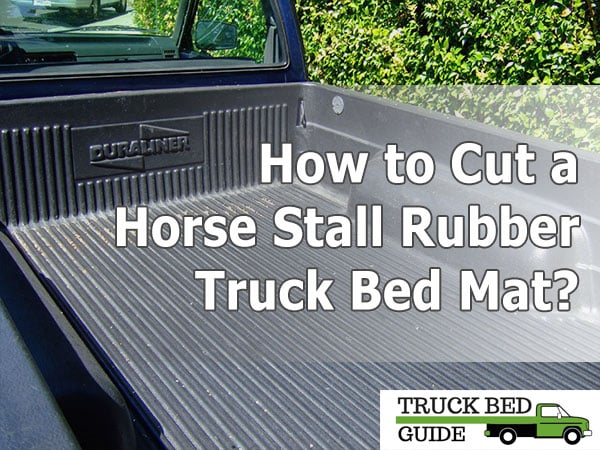 How to Cut a Rubber Truck Bed Mat? – A Complete Guide 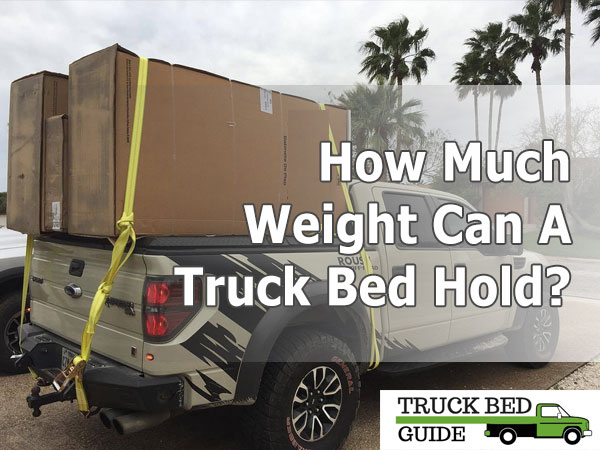 How Much Weight Can A Pickup Truck Bed Hold? 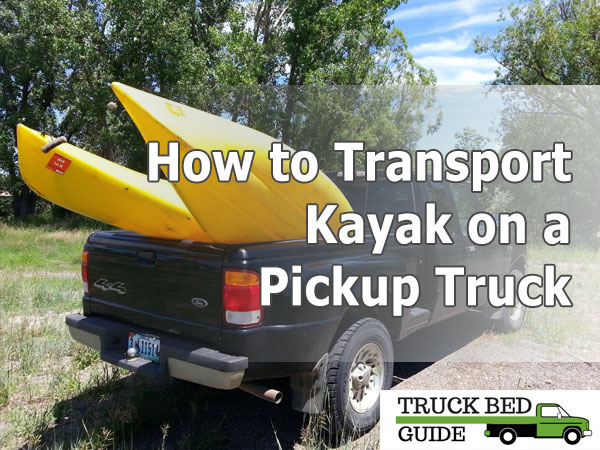 How to Transport Kayak on a Pickup Truck? A Complete Guide 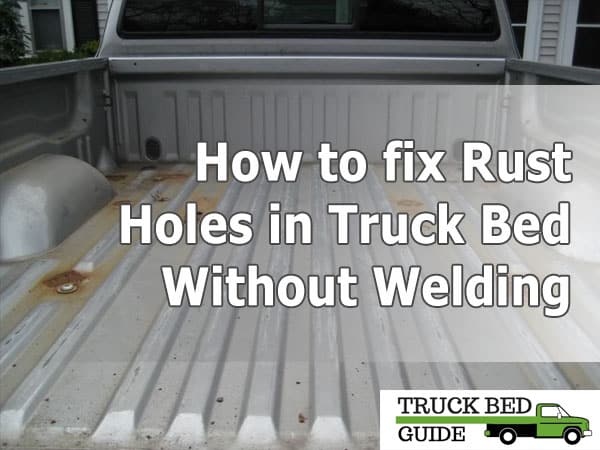 How to fix Rust Holes in Truck Bed Without Welding? Simple DIY Steps. 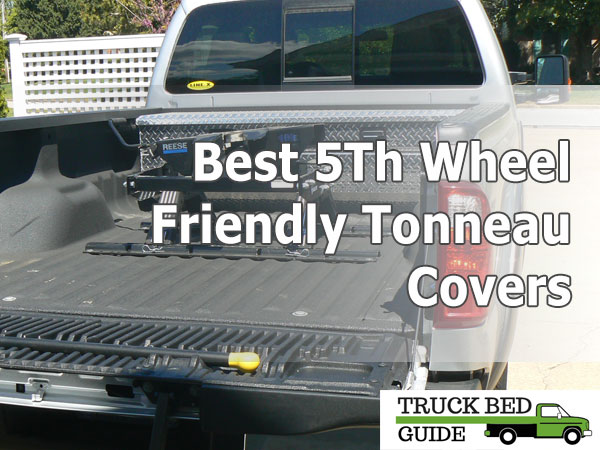 Kayaking is one of the most loved outdoor activity among Americans. There are over 15 million kayakers in the United States. Kayak enthusiasts travel long distances to get to their favorite river and kayak whole day long. This also means they have to carry their gear including the kayak on the vehicle they drive. Transporting kayak on a pickup truck is especially tricky compared to vans or SUVs. After extensive research and talking to kayakers in the city we have compiled a comprehensive guide to transporting a kayak on a pickup truck. [Best Selling Kayaks 2019]

Steps to Transport a Kayak on a Truck Bed:

Before you get your gear on the truck, you have to first prep the bed. If you have a tonneau cover, you will have to remove it. Clean the bed and remove other heavy accessories installed on the bed. Put a rubber mat on the floor which prevents both your kayak and your bed floor from getting scratched or damaged. This will also protect your truck bed when you will return with your kayak with water dripping all over the place. Even if you have a spray-on bed lining we would suggest you put a rubber mat.

Next, get your straps preferably made of a non-stretchable material such as nylon which you will use to secure the kayak as well as other gear. We suggest you not to use ratchet straps because it may damage the kayak.

Now that you have prepared your truck bed, next you have to load the kayak. Lower the tailgate, carry your kayak on a trolley (kayak cart) or ask your friend to carry it with you. Lift one end of the kayak and slide in, of course keeping the hull side down.

However, if you have a sliding bed extender or a hitch truck bed extender you can load the kayak with the extender open. But, know that your kayak will overhang which means you have to make it extra secure so that you don’t break any overhang law or don’t pose a threat to other drivers. You may even have to hang red flags at the end of the kayak.

If you don’t want to overhang the kayak you can carry it with the tailgate up, angling one end of the kayak up in the air. It will surely reduce the risk of other drivers running into your kayak. But you need extra cushioning on the tailgate as well as keep it strapped to the bed so that it doesn’t slide out.

SEE ALSO:  Can I Drive a Truck Without the Bed? -The Complete Legal Guide

On the other hand, if you have a longer bed and your kayak is rather short, it could probably fit all the way in.

03. Carrying and Securing the Kayak on the Truck Bed:

Now you have to place the kayak in a way, it doesn’t slide around while you are driving. Instead of placing it in the middle of the bed, you can rest the kayak corner to corner. It will significantly reduce any risk of your kayak from sliding out. Moreover, it will be easier for you to tie down the boat. If you have installed anchor points on the truck bed, it would be even easier for you to secure the kayak.

Now, to strap the kayak you will need anchor points. Get two nylon straps, one for the bow and another for the stern. Run the straps through the grab handles and tie them to the anchor points on either side of the bed.

You can also roll the straps across the top of the kayak on both ends and tie it down to the anchor points. Keep the kayak tightened towards the rear end of the truck.

Then attach a red flag at the end of the kayak hanging out of the truck to warn other drivers.

However, if you want to be able to use the truck bed, you could install bed extender that extends vertically. Basically, it stays close to the tailgate with a height that is level to the top of the cab. You just have to install a crossbar over the cab and rest the kayak on the crossbar and the extender. This is a great option when you are taking long trips so that you can use the truck bed for other items. But here you need more than two men to lift and load the kayak onto the extender.

If you have aluminum truck bed racks, you can easily carry the kayak without posing any threat to the drivers. Rest the kayak upside down and tie it down to the bed of the rack itself using nylon straps. But the increased height will limit you to drive only in places with no obstruction on top.

The Process to Carry the Kayak to the Truck:

If you are carrying kayak all by yourself to the truck you can hold it around the cockpit or roll it on a trolly if it’s particularly large. Even if it’s a small kayak, carrying it all by yourself is a little tricky. The tricky part to how and where to hold. The best way is to lift it at the edge of the cockpit where the cockpit is facing away from you. Bring it to your right side and grab inside of the kayak and pull it toward you so that you can raise one edge of the cockpit and rest it on your shoulder. Then carry it keeping the kayak parallel to the ground.

SEE ALSO:  How to build a truck bed camper

If you have your friend to carry it with you or you are carrying two kayaks it is rather easier. Each of you can carry with the grab handle on both ends of the boat and walk facing the same direction.

When you are loading multiple kayaks, keeping the tailgate up is out of the question because keeping it in angled position is riddled with dangers even if you strap it well. So, you have let it rest on the bed flat with the tailgate down. If it’s a longer kayak, try installing wide truck bed extender that is as wide as the truck bed itself.

Another great option is to haul it on the truck bed rack. You can install four kayak roof racks or j-cradle or saddle, two on each rack bars. Simply rest the kayak on each side and tie it down with cam straps.

Properly Tie Down a Kayak:

Make sure the kayak is well balanced on the truck bed or on the rack. If it’s hanging out the bed at least most of the kayak should be in the truck bed. Tie-down both ends of the kayak with cam straps. There is no need to make any knots, just run the straps through the buckles and pull it down to the side of the kayak. When carrying it on the bed, tie it to the tie-down hooks. And when on the rack, tie the cam straps to either side of the rack when the vertical stand and the rack bar meets. Make sure to loop the end of the strap to the strap itself so that doesn’t come loose when driving. Shake up both the sides of the tied down kayak to make sure it’s sturdy enough to last the whole trip.

Strap Down the Bow and Stern:

The bow and stern of the kayak will take most of the air drag when you are carrying it on truck bed rack. It may cause it to twist and turn and loosen your straps. So, you should secure both ends of the kayak as well.

Some Best Practices to Haul a Kayak on Your Truck Bed

Don’t tie down your kayak in a rush

Give enough time and attention while tieing down the kayak to the truck bed. Get the right gear and strapping equipment to make sure the kayak stays in its place. Measure the overhang kayak and see if it’s within 4 feet. If you will be driving in the dark, make sure you have proper lighting which should clearly show that there is an overhang cargo in your truck bed. And finally, hang a red flag to the end of the kayak.

SEE ALSO:  How to Weigh Down Truck Bed for Better Traction?

Use a cockpit cover

When you are driving at 60 mph imagine the amount of air drag your kayak is going to get and all of it will accumulate in the cockpit. The result is your kayak would just fly out of your bed. If it’s strapped tightly, the kayak may just bend and deform. All in all, it is dangerous to keep the cockpit open. So, we suggest you to always use a cockpit cover to prevent such mishaps.

Drive at a reasonable speed

With you kayak on-board you can’t just race your way to the destination. Drive at a reasonable speed, at the same time keep your eye on the kayaks and see if they have shifted or are sliding. When you are driving your kayak should be secured tightly. Such that you don’t hear any noise coming from the truck bed. If it does, it’s time to stop the truck and check how the kayaks are holding up.

Check your load time to time on your trip

Hauling kayak is risky because it’s hollow and lightweight. If they are not tied down well, the thing would just fly off the bed. So, make sure you stop time to time and check if the straps and still tight. You have to be extra careful when you are carrying a kayak on top of the bed rack.

Use the bow and stern lines

Even for the experienced ones, hauling a kayak is not an easy job. Unlike lumber or other cargo, it’s lightweight and aerodynamic making it even riskier for you to haul a kayak. If you are laying it flat on the bed with an extender for support, you can cover the truck bed with a Tonneau cover to reduce drag. Use as many straps, ropes you can to secure the kayak but don’t skim on it. It’s your responsibility to haul your kayak safely to your destination. If it’s a long trip and you will be making a few stops in between, you can use locks to secure the kayak and your cargo.